From the KIRKUS REVIEW: 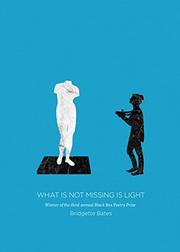 “When an emerging poet looks for inspiration at a museum, she might lapse easily into cliché. This candid self-portrait rarely does.

Bates approaches her debut poetry collection more as observer than participant, then eases slowly into the idea of herself as an artist. Voiced as an “I,” she haunts a gallery of ancient statues in search of a muse—and at first it’s hard to tell whether the hunter or the hunted is more reluctant. Bates’ goal is not distinctive, but her journey is. She interweaves dry art history with rich personal history, sweeping from Mount Helicon and Latin etymology to her LA neighborhood, a lonely bus ride, a family day at the beach. The result is a travel memoir in verse, linked prose poems narrating a curious child’s evolution into a writer (“Would you choose then or now to be alive?”). To get there, she builds bridges from creation to destruction, birth to benediction. Some are more effective than others; all are worth crossing. A former Fulbright Fellow (and current Kirkus contributor), Bates has a refreshingly unsentimental take on antiquity: “A consecration, an assassination, a flood. Repeat.” But her writing is best when she dips into memory, emerging with clearer eyes and a sense of connection to her own talent. “Once there was a time when I was the most awake,” she recalls. “I noted everything that happened and thought maybe I was an artist.” This collection is full of awake moments, and it’s a pleasure to see Bates find her way to them.

A poet in progress invites her muse along for the ride.”